In the afternoon of July 1st , National Chamber of Bulgarian Essential Oils Producers and Traders settles in China Beautéville in the Four Seasons Rose Estate.

The Sino-Bulgaria International Rose Culture Park functions as the footing and breach of the rural strategy implementation in the basis of rose industry. It is the typical example for the strategy of rural revitalization and will help promoting the revenue increase for village collectives.

The total area of the collaboration between Mr. Rose, Mihail and Queen of Essential Oils, Mei Ji is approximately 2,000 mu with 20 million dollars as total investment. It is one part of the Sino-Bulgaria International Rose Culture Park Project.

By harnessing Daixi’s excellent ecology resources, deep and rich culture, and beautiful sceneries, the project as a focus on rose planting combines functions of leisure, entertainment, feasts, conferences and exhibitions, and interactive experience altogether to create a comprehensive project of agriculture and tourism.

Bulgaria is the largest rose producer in the world. Not long ago, during the International Rose Culture Festival held by China Beautéville in Four Seasons Rose Estate on 20th May, the National Chamber of Bulgarian Essential Oils Producers and Traders signed the agreement of cooperation with China Beautéville. During the revisit to Bulgaria, invited by Mr. Mihail, Chairman of Bulgaria Organic Rose Company, the delegation of China Beautéville experienced the rose festival which is full of Bulgarian characteristics. The delegation, accompanied by Mr. Mihail, also visited the local rose planting area and workshop to learn the basic information of rose growing and processing.

During the stay, the delegation of China Beautéville was also invited by the Division of Culture of China Embassy in Bulgaria.

During the International Rose Culture Festival on 20th May, Mr. Rose, Mihail and the queen of essential oils, Ji Mei collaborated at the first time.

At this time, they teamed up again on this project to plant roses, chamomile, lavender, and other flowers on the 2,000 mu of fields, to extract essential oils and to produce and develop related products. We are looking forward to what astonishing result they can create.

Previous A New Elite to China Beauty Town Next

This promotion conference, Beautéville attracts fans by its strength!
HOME ABOUT US COOPERATION NEWS JOIN RECRUITMENT CONTACT US 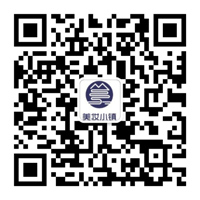